“Greatness” In a Time of Covid is a poem written in response to the Corona Virus, which  places the current pandemic and its effects in the historical context of Empire, Colonialism, Migration and Politics.

It is also a tribute to medical and other essential workers, many of whom have migrated from former colonies to “the belly of the beast,” and sadly suffer and die more than most as a result of their work and personal situations.

Exploring “Greatness” has been devised as an artist talk  – online or in person – which starts with an introduction and performance of the poem by its author, Tayo Aluko. This is followed by the participants being divided into groups to discuss each of the seven stanzas, and ends with a group discussion of the themes of each verse. 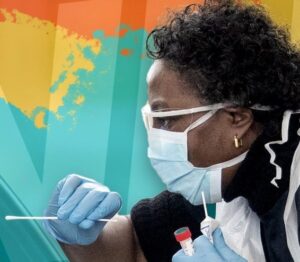 For the next phase(s), the participants go away to conduct individual research and then return to the group in the following week(s) to present an interesting story of a historical figure who either had been an immigrant to a former or current imperial nation, who died in the participant’s locality but had made a positive contribution to that particular society. Alternatively, they could research someone born in their locality (if in an imperial nation) who had emigrated and died elsewhere as part of a “colonisation  project.” People in former colonies could similarly present either on individuals who had come into or had left their locality and had had a significant effect (positive or negative) where they had lived.

If participants prefer, they could choose living people as subjects, bearing in mind the focus on history, but also that “history has brought us here.”

The presentation will be followed by a discussion, and about ten minutes would be allowed for each. The number of follow-on sessions would therefore depend on the number of participants in each workshop. 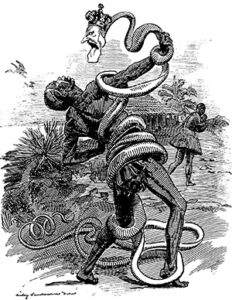 “Greatness” In a Time of Covid

We made our homes in the belly of The Beast
The Beast that devoured our ancestors
and spat them out on the other side of the globe
that stole our gold and rubber
our skills and knowledge
our art and music,
our history

It gorged, and fattened itself,
dressed in unmissable finery
and declared itself proudly
The Empire.

It saw its greatness in our puzzled eyes
as we stared up the barrel of a gun
from every corner of the earth.

Its guns were needed still (we were told)
to protect us from the socialists and communists
Capitalism, our enslaver for centuries
would liberate us
one day.

It bought our rulers
and continued the quiet theft
of our humanity and our dignity
as it planted poison and bombs
where once there was rice and diamonds.

And then the virus came
silent, swift and deadly
we answered the call to the frontline
to confront this invisible enemy
we asked simply for gloves, masks, visors and gowns.

As we fell, one by one
we finally began to see
that what the gentle ones had been whispering loudly
had been true all along:
We’d been feeding
on The Beast’s excrement
unmindful of the fact
that The Empire
has
no clothes 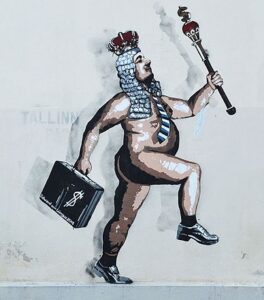 For another project in which people “of the Global Majority” participate in multi-lingual performances of the poem, see Mapping “Greatness.”